America — NOT Russia — Is Europe’s Enemy 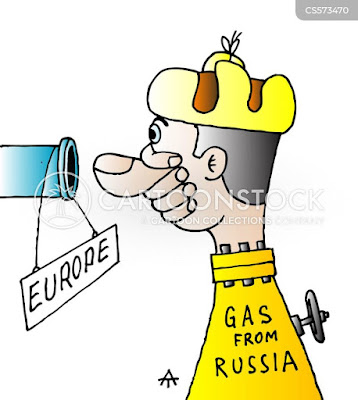 "Nine months after invading Ukraine, Vladimir Putin is beginning to fracture the West," Politico observes in a surprising admission which marks a stark reversal from prior mainstream media optimism and cheerleading of the White House's blank check approach to supporting Ukraine. "Top European officials are furious with Joe Biden’s administration and now accuse the Americans of making a fortune from the war, while EU countries suffer." https://bit.ly/3UbzrHo

Synastry is a method of comparing two or more horoscopes. This makes it possible to find the interaspects, i.e. the aspects between the planets and axes of one horoscope to another one. It is an effective and easily understood method, and it can be combined with predictive tools such as progressions and transits. In this post we use synastry to understand the new developments in the relationship between EU[1] and the US [2]. Definitions of the asteroids are provided by Martha Wescott [3]

You can expect "tensions to mount" because there are things that aren't being said--that people are keeping to themselves. Combine that with Diana/Hera below and yoy will see some evasiveness with or about partners & relationship... as though a person doesn't want to be nailed down about costs, prices or commitments.

The blowing-up of the two Nord Stream pipelines, that had supplied, and were increasingly to supply, to European countries, the inexpensive Russian energy that was long an essential foundationstone of Europe’s economic success, was done by command of the U.S. and Europe remained silent. With the price of US LNG now nearly four times higher than Russian gas, EU officials are angry in private at US profiteering at their expense but still remain silent or at least do nothing about it.

There's also a strong possiblity that there will be some evasiveness with or about partners about costs, fairness and money matters

I'm expecting that you'll have insights about how people depend on others but don't acknowledge it--and some of that dependency isn't healthy--and can be counter-productive. People may eventually have insights into how they depended (Eurydike) on others and were exploited (Pluto).

Sometimes people are bullied because they're dependent on another. It takes strength to combat dependence (or the aggression and intimidation of another)